March was a very cold month in the US, the coldest March since 1995. But NCDC did their best hide the decline by adjusting March temperatures upwards by a record 1.25F relative to the raw HCN data which it is based on. 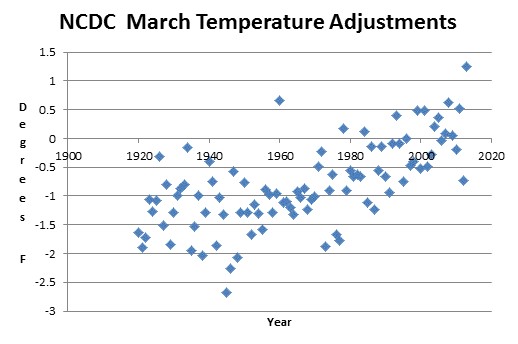 Note that they adjusted March 2013 upwards 4.2 degrees relative to 1945. Also note that the published temperature trend is almost identical to the adjustments.