Antarctic Sea Ice Area Has Increased More Than 10% Since 1979

Antarctic sea ice area is near a record high for the date, and up more than 10% since 1979. 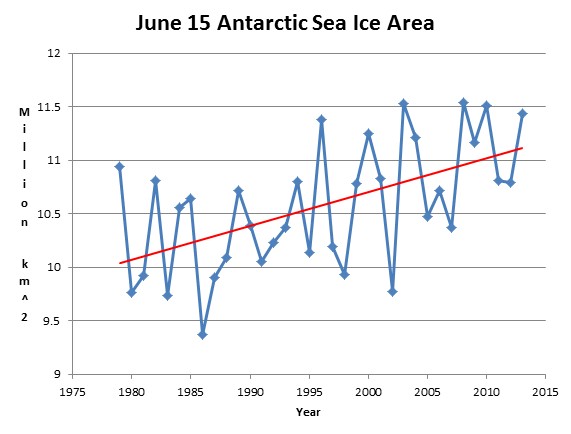