The past two weeks normally produce the fastest Arctic ice loss of the year, about 750,000 km². This year, less than half that much ice melted. 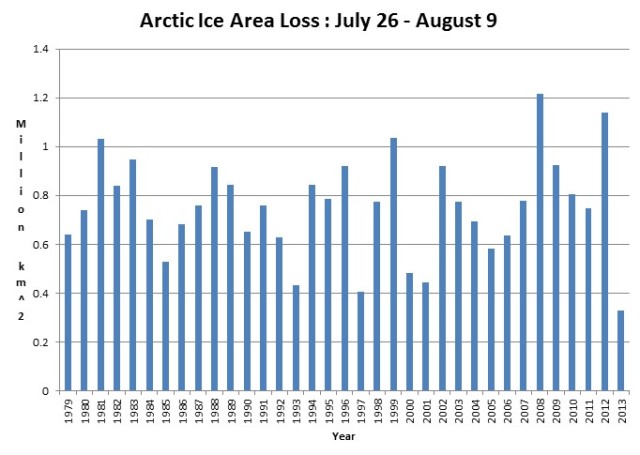 It also was the coldest and shortest summer on record at the North Pole.

President Obama thinks the poles are melting down, like his credibility.