The winter of 2011-2012 was very mild and pleasant in the US, which NOAA’s Climate Extreme’s Index calculated as the most extreme weather in US history. Obama determined from this mindless statistic that he has had the worst weather ever, despite all evidence to the contrary. For one thing, Obama’s five year reign of unconstitutional terror has experienced the fewest US hurricane landfalls of any president. 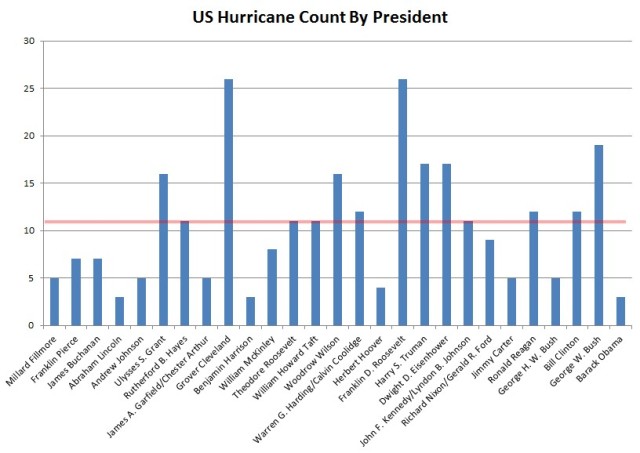 So far this year there have been no Atlantic hurricanes.  Kerry Emanuel of MIT says that hurricanes are caused by man-made globally warmed water, so we can safely conclude that the missing man-made hurricanes are on the bottom of the sea, along with the missing Mann-made heat.