What Is Wrong With The Drawing On The Left?

Whoever made the fake drawing on the left for presentation to Congress, probably never thought that the autopsy drawing on the right would be released. Note that the large hole in the skull is no where near where the drawing placed it. 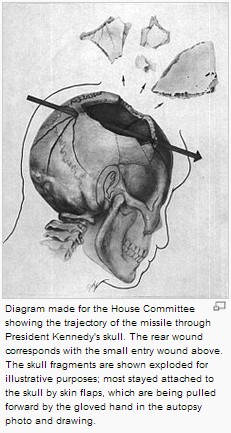 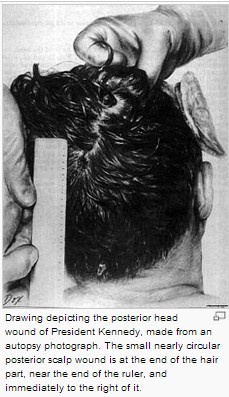 BTW – who is the one person who directly benefited politically from both JFK and RFK’s deaths? Hint. He is the 6’4″ person already ducked out of view in the right rear passenger seat of the third car before the shooting started.

He is also the person who created a fake military incident to get us into the Vietnam War.

36 Responses to What Is Wrong With The Drawing On The Left?