Climate experts say that Antarctica is melting down and will drown us all.

Antarctic ice is near an all-time record high, indicating that climate expert is synonymous with flaming imbecile. 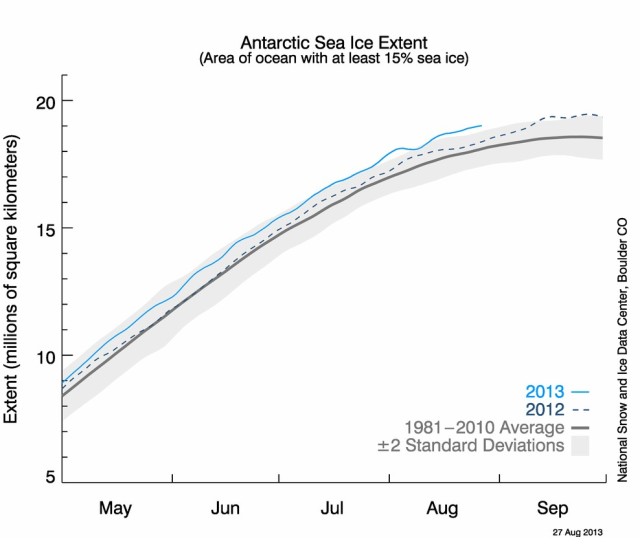