Posted on September 4, 2013 by stevengoddard

Last week Obama said that he wanted to start WWIII with an illegal two day attack on Syria. Five days later Congress has raised the ante to ninety days. 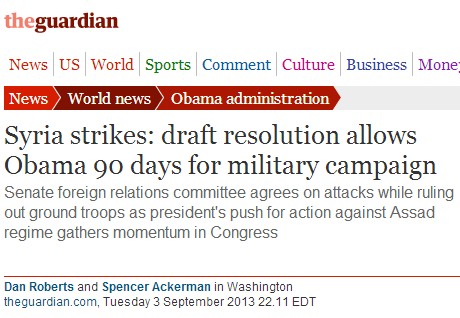 The good thing about nuclear warfare is that it doesn’t involve chemical weapons.