Posted on September 5, 2013 by stevengoddard

Snowfalls are now just a thing of the past

According to Dr David Viner, a senior research scientist at the climatic research unit (CRU) of the University of East Anglia,within a few years winter snowfall will become “a very rare and exciting event”.

“Children just aren’t going to know what snow is,” he said.

Since this leading expert made his forecast in the year 2000, the Northern Hemisphere has had five of its six snowiest winters on record. 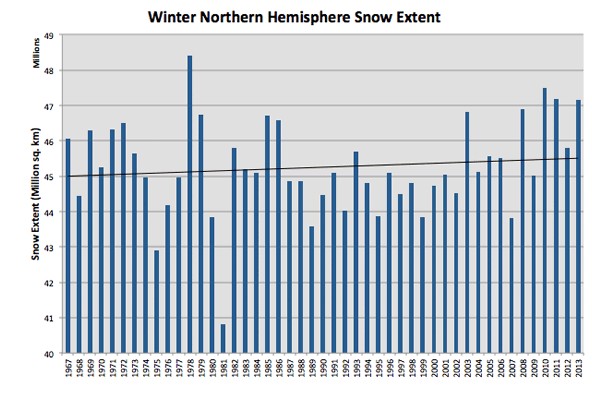 4 Responses to Following Up On Dr. David Viner’s Expert Forecast