Posted on September 26, 2013 by stevengoddard

Global warming is a man-made phenomenon, caused by a few government scientists constantly tampering with data sets to make it appear that the Earth is warming.

The graph below shows the changes in reported GISS global temperatures between January 2012 and their current version. This is of course on top of all their previous data tampering. 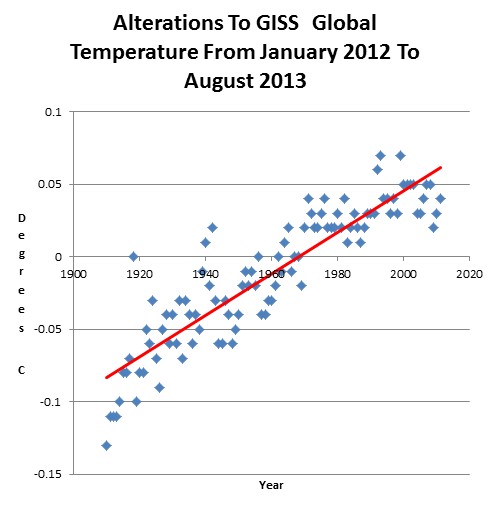