Posted on September 28, 2013 by stevengoddard

“Warming of the climate system is unequivocal, and since the 1950s, many of the observed changes are unprecedented over decades to millennia.

The IPCC has now abandoned any attempt to base their claims on facts. Historical data shows that the climate has gotten better since the 1950s.

US droughts were the worst in the 1950s

Most of the US was wracked by drought during the 1950s 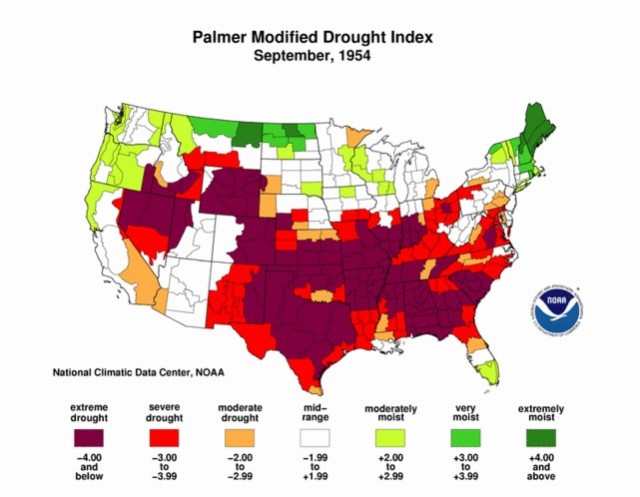 Violent tornadoes are down 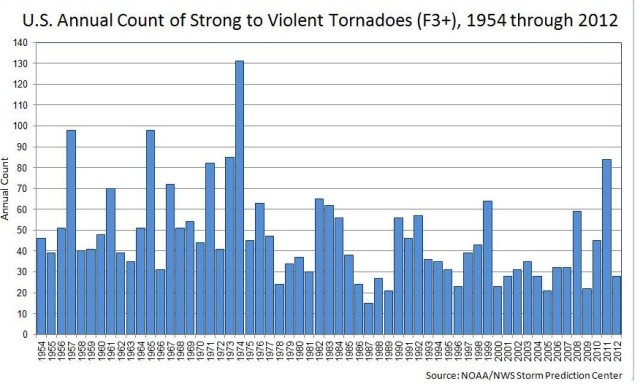 Major hurricane landfalls peaked in the 1950s, and are down to historic lows in the current decade. 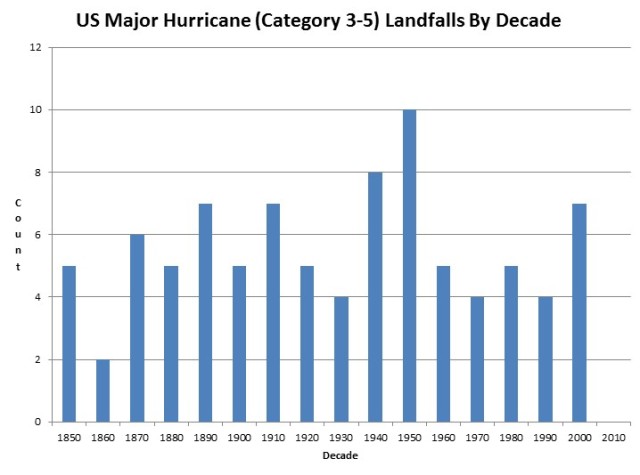 Record daily temperatures have declined in the US since the 1950s.

Below is what they said about the weather in 1950. The IPCC has degenerated to making up utter nonsense in support of an ugly political agenda. 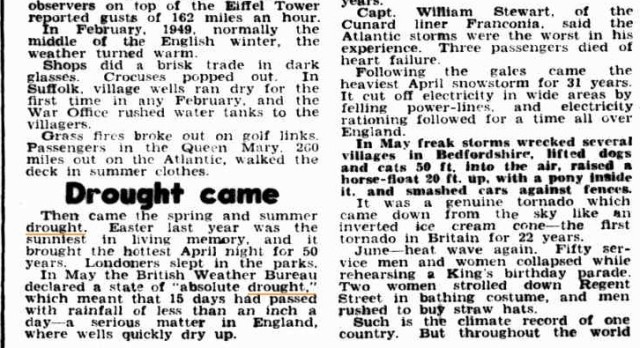