Posted on September 30, 2013 by stevengoddard

The real kicker though is Hansen’s claim of 1 in 20 odds of drought in the 1950s. Severe droughts occurred during most of the 1950s. 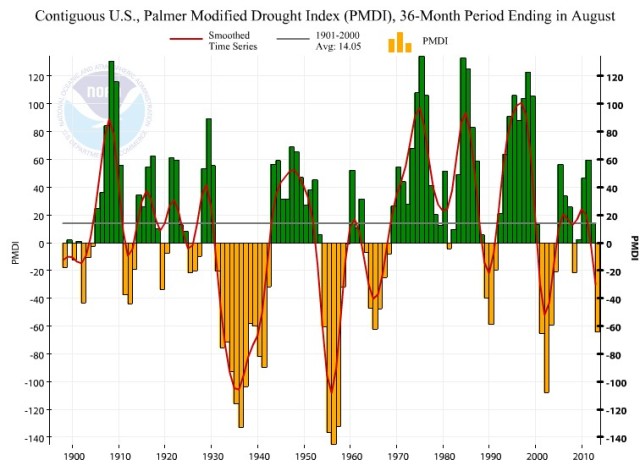 Hansen has absolutely no clue what he is talking about

Had he been in his office during May, 1953 he could have tasted some Texas dust. 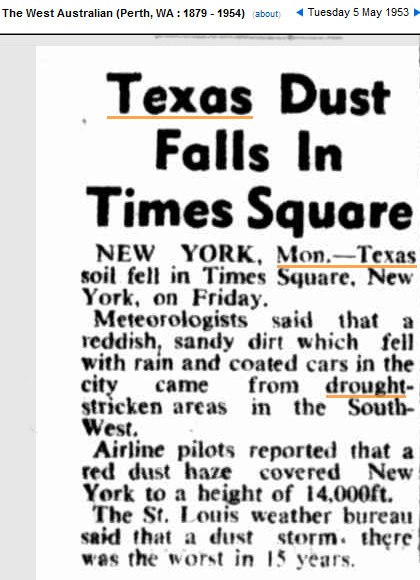 Hansen may well be the most incompetent scientist on the planet, which is why progressives worship him.