The Arctic Summer Which Never Happened

Posted on November 1, 2013 by stevengoddard

According to the Danish Meteorological Institute graphs, this past summer was the coldest on record north of 80N, and was below normal temperature every day from June through August

University of Colorado ice maps also show that there was very little melt. The animation below flashes between week 25 and week 39, with the week number shown in the lower left corner. You can see that there was almost no loss of multi-year ice this summer.

The world’s leading experts say that the Arctic will be ice-free this year, or sooner. 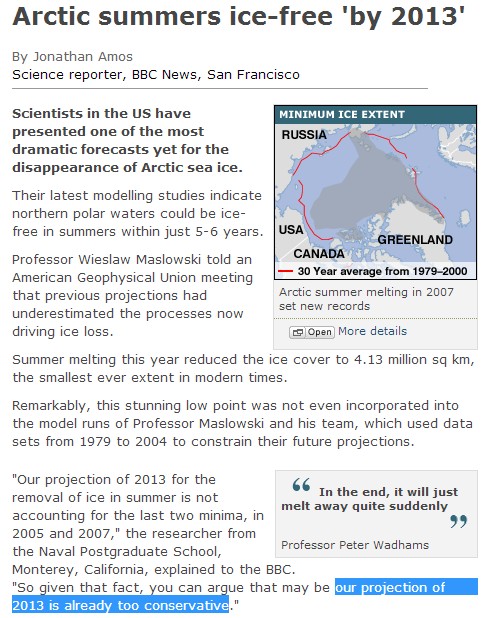 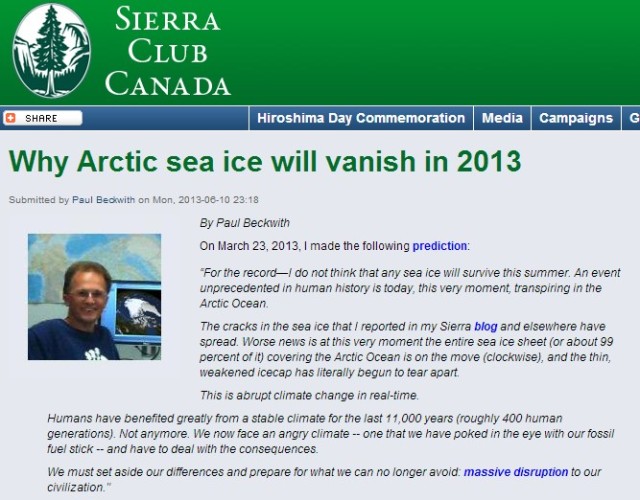 10 Responses to The Arctic Summer Which Never Happened