Posted on November 15, 2013 by stevengoddard 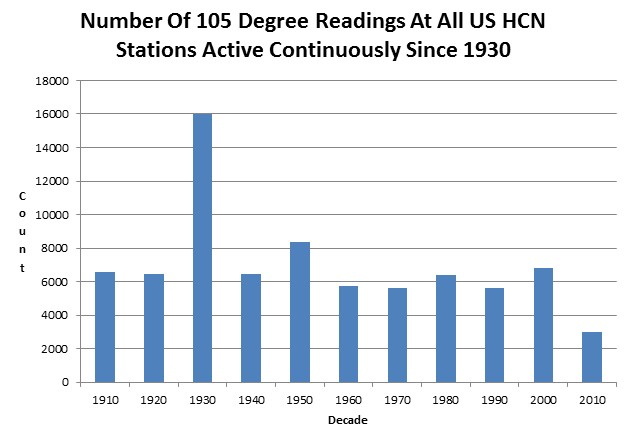 But NOAA shows the US much hotter now than than the 1930’s, and Hansen keeps saying that summer heat waves are much getting much worse – due to global warming. 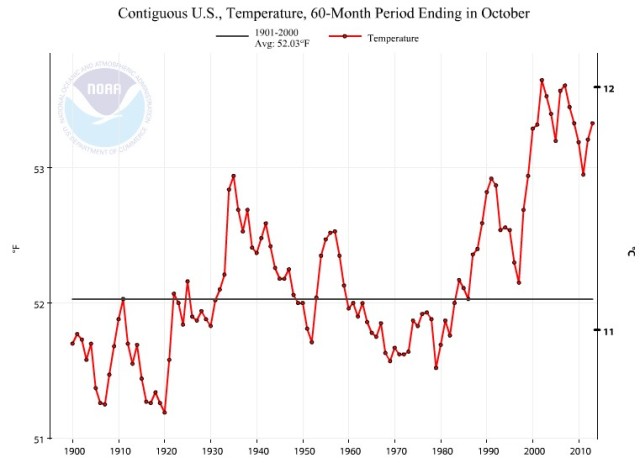 The 1930’s were much hotter than any recent decades, and government climate scientists need to stop lying about it.