Posted on December 6, 2013 by stevengoddard 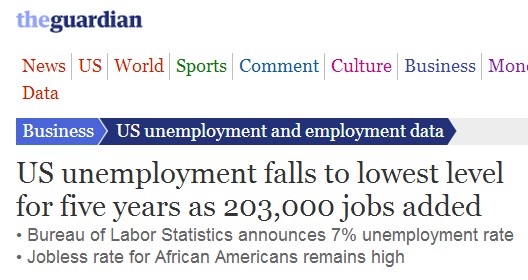 What great news! Except that it is complete bullshit. They counted the return of furloughed government workers as “new jobs”

Obama told us that the government shutdown would wreck the economy. Now he is taking credit for it.