Posted on December 10, 2013 by stevengoddard

December 7 global sea ice area was the third highest on record, the highest in 25 years, and appears headed for an all-time record high. 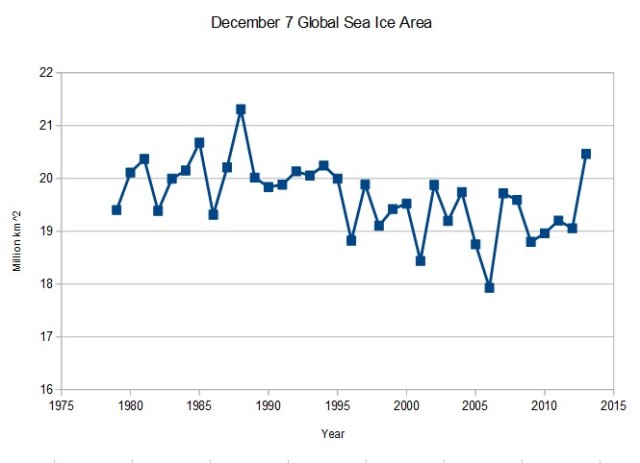 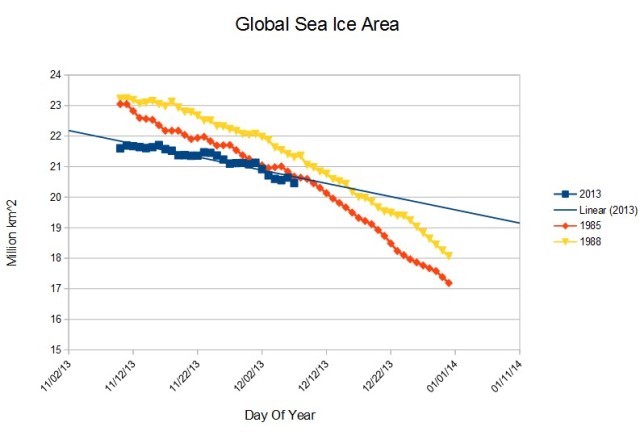 The U.S.S.R. Mann, U.S.S.R. Hansen and U.S.S.R Trenberth have been sunk by an attack from the Japanese skies, otherwise known as the Sun.