Posted on December 19, 2013 by stevengoddard 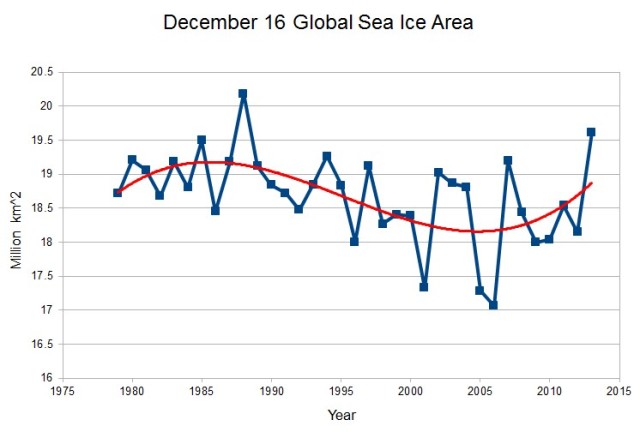 It is closing in on an all-time record.

45 Responses to December 16 Global Sea Ice Area Is Second Highest On Record, And Highest In 25 Years