Research had also long suggested the northeastern portion of the ice sheet was stable. As a result, it was largely left out of the models used to anticipate future sea level rise.

As usual, the experts don’t know anything about the topic of their expertise. This is from 1940.

By far the largest number of local glaciers in northeast Greenland had receded very greatly during recent decades, and it would not be exaggerating to say that these glaciers were nearing a catastrophe 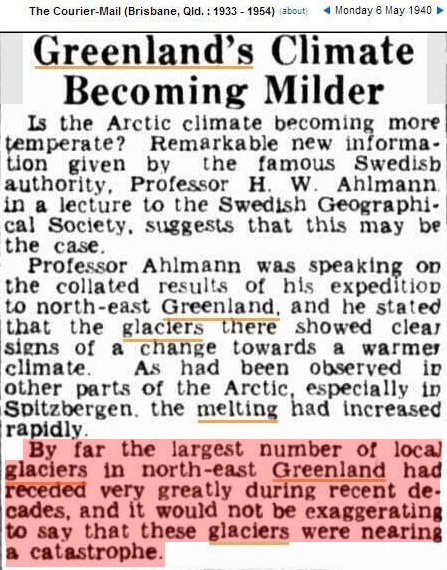