While most of the Earth warmed rapidly during recent decades, surface temperatures decreased significantly over most of Antarctica.

Pubs.GISS: Abstract of Shindell and Schmidt 2004

A couple of years later someone at NASA figured out that Antarctic cooling didn’t fit the agenda. so they simply changed it into warming. 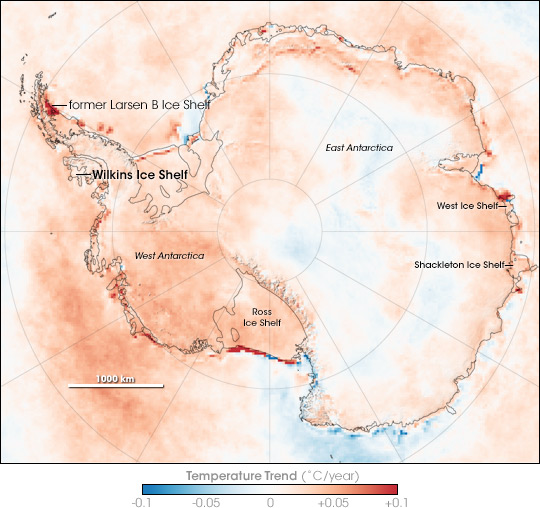 Now they have taken it a step further. NASA has completely ignored the record sea ice, and has fabricated a nonsensical story about deep ocean heat melting the ice from below.

Satellites show that Antarctica is cooling, just as Gavin said 10 years ago – before politics replaced science.

9 Responses to Tracing The Antarctic Scam