Posted on September 9, 2014 by stevengoddard

Your SUV has overheated the planet, and caused one of the coldest years on record in the US. 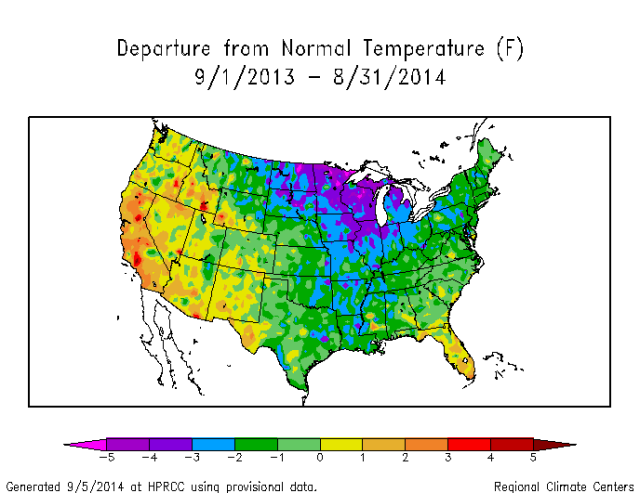