Posted on September 10, 2014 by stevengoddard

The amount of five year old sea ice in the Arctic has increased dramatically over the past three years.

Note that the last date is estimated, assuming that all four year old ice on September 1 becomes five year old ice by the end of September. The actual amount will likely be a little smaller. 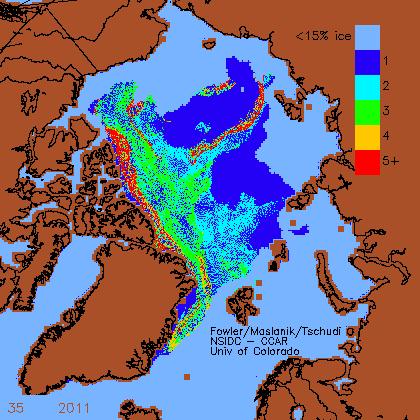