Posted on September 13, 2014 by stevengoddard

Climate experts tell us that UHI has almost no effect on the temperature record, and USHCN only corrects by 0.1 F .  The real world tells us something completely different.

Over the past 80 years, Fort Collins appears to have warmed at a rate of 1.1ºC/century, while Colorado has not warmed at all. Note the big spike after 1990 in Fort Collins

In 1937, the station was located in the middle of a farm, 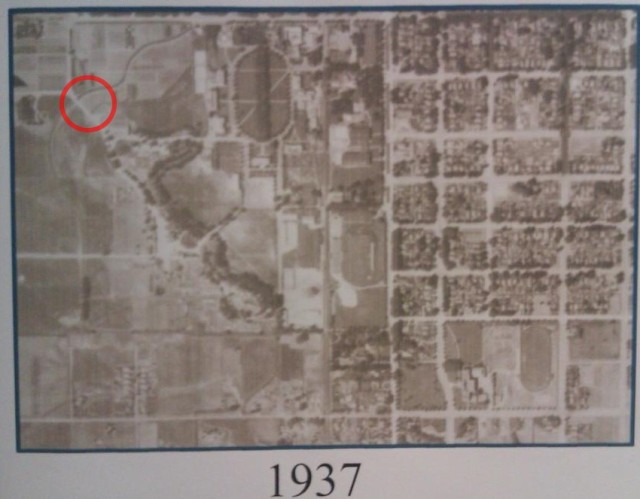 By 1969, the city had surrounded the weather station.

Now it is in the middle of a parking lot, which was built around the time of the post 1990 spike. 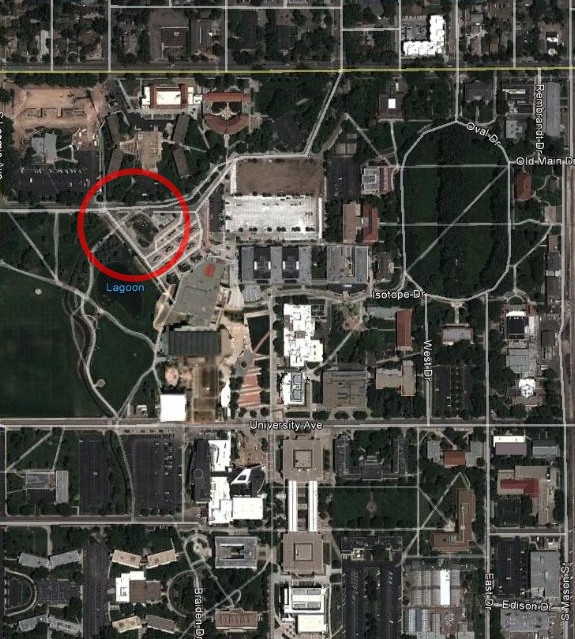 When I was in Fort Collins riding my bike last week, I noticed at least 5-10 degrees F difference between open space temperatures and downtown, where the CSU weather station is located. One evening was beautiful downtown, and frigid along the Spring Creek trail.

People who claim that UHI doesn’t matter – have no idea what they are talking about. The presence of any asphalt (even a single road) in an area makes a huge difference in temperature – as any cyclist can tell you.