Posted on September 30, 2014 by stevengoddard

The planet hasn’t been warming as predicted, so NASA simply altered the data to make it look like the planet was warming. The graph below shows how they have changed their own global surface temperature record over the past 15 years. All temperatures prior to 1970 have been cooled, and all post-1970 temperatures have been warmed.

They overwrite the data in place and attempt to block web archiving, but fortunately there are a few snapshots of their past temperature data on the web archive. 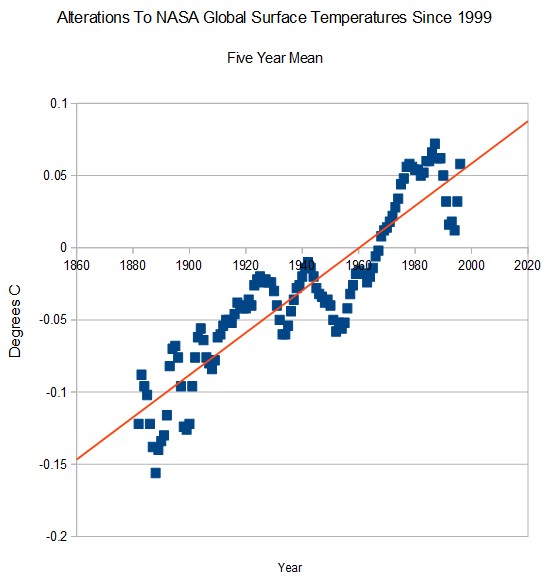 If the present refuses to get warmer, then the past must become cooler

6 Responses to Massive Alteration Of NASA Temperature Data Since 1999