Posted on October 9, 2014 by stevengoddard

The EPA has these images on their web site – claiming to show how global warming is causing the Muir Glacier to disappear. 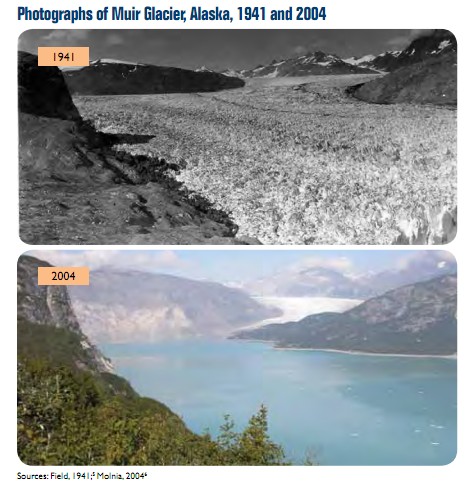 What they forgot to mention is that most of the retreat pictured above occurred between 1941 and 1950.

This August 1950 photo documents the significant changes that occurred during the 9 years between photographs A and B. Muir Glacier has retreated more than 2 miles, exposing Muir Inlet, and thinned 340 feet or more.

And of course this retreat had been going on for centuries

For nearly two centuries before 1941, Muir Glacier had been retreating. In places, a thickness of more than two-thirds of a mile of ice had been lost.

23 Responses to EPA Defrauding The Public About Alaskan Glaciers