US Having Its Coolest Year On Record

The percentage of US HCN stations to reach 90 degrees was the smallest on record this year, with four of the five coolest years occurring above 350 PPM CO2. The most widespread heat occurred in 1931, when more than 98% of stations were over 90 degrees. 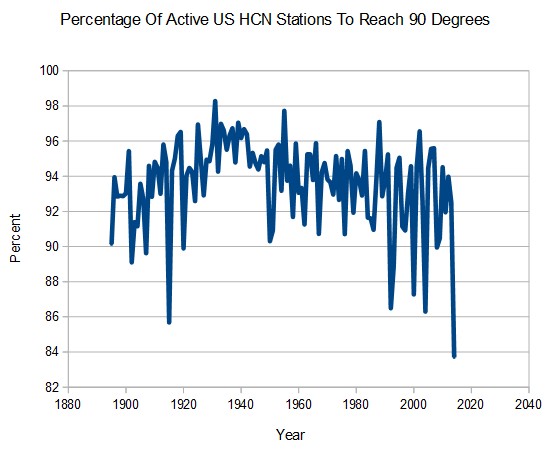 311 Responses to US Having Its Coolest Year On Record