The latest theory from the climate geniuses, is that missing Arctic ice causes cold winters. Let’s test that out.

According to NCDC, 1979 was the coldest winter in US history. 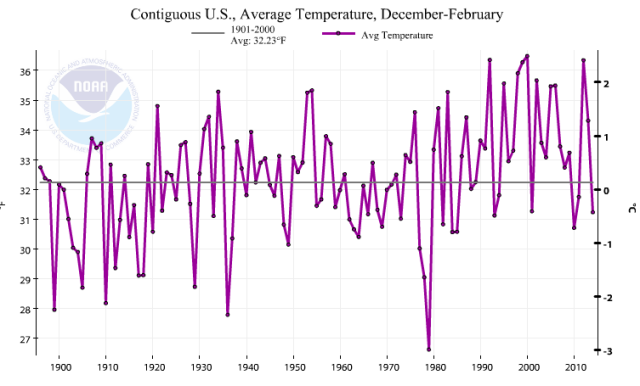 1979 was also the year with peak Arctic ice. The exact opposite of the current theory.

How about the other extreme? 2012 had the warmest winter/spring in US history – and had the lowest Arctic ice extent on record. Again, the exact opposite of the new theory.

Only in climate science can experts promote a new theory which has 0% correlation with data.