Posted on February 10, 2015 by stevengoddard

Judy Curry simply does not understand the problem with the global temperature record, and how it has been altered.

The way the temperature record has been altered over time is through station selection and loss of rural stations. It used to look like this, when there were a lot of rural stations being used. 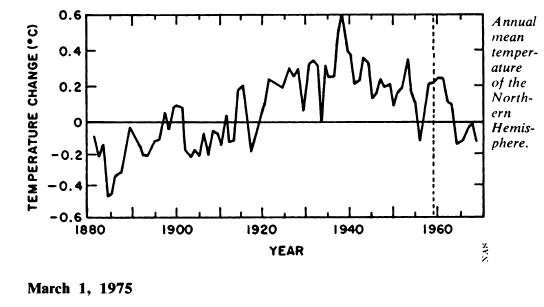 Almost all of the remaining long term rural stations are in the US. The rest of the global temperature record has been contaminated by increasing the ratio of urban stations to rural stations. 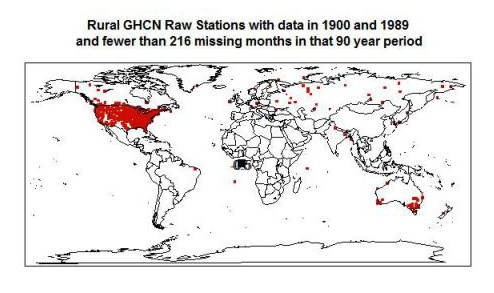 The only meaningful large area temperature record on the planet is in the US, and it has been massively tampered with.

All recent US warming is due to infilling fake data

Judy is focused on the mathematical adjustments to the current data, and doesn’t understand the nature of the problem – the current station selection is skewed towards warming. There has been massive divergence between the surface record, satellites, and radiosonde.

Prior to the 1970’s, radiosonde and the surface temperature record matched – but loss of stations since the 1970’s has caused a massive divergence. 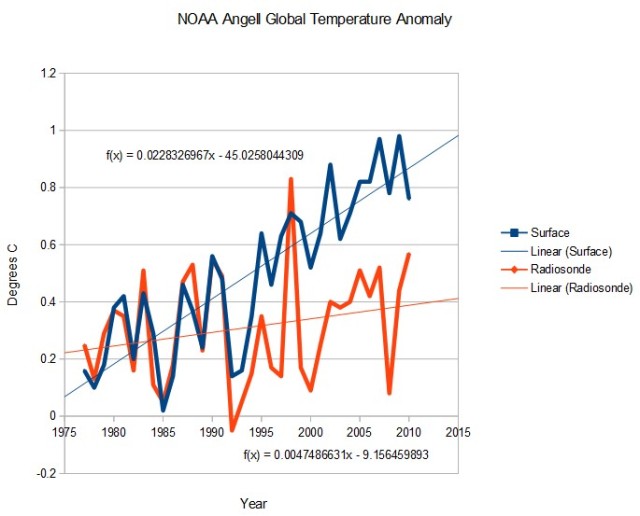 A classic science error is to launch into detailed math, before understanding the nature of the problem. More than 50% of the current surface temperature record is fake. How can anyone take it seriously?

52 Responses to The Global Temperature Record Is Meaningless Garbage