NOAA Caught Cooling The Past

Posted on February 23, 2015 by stevengoddard

NOAA reports global temperatures within 0.01 degrees, but have altered them by 400 times that much since 1997. Junk science at its worst.

NOT A LOT OF PEOPLE KNOW THAT 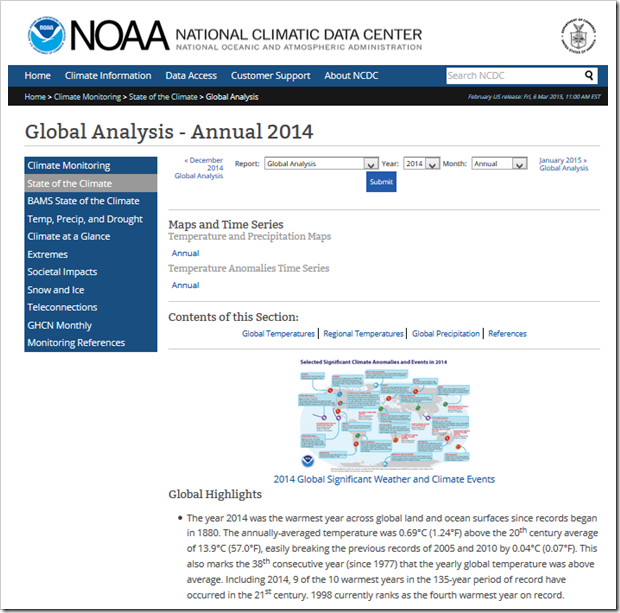 NOAA claim that 2014 was the hottest year on record, with global temperatures 1.24F above the 20thC average of 57.0F.

This is all very strange, because back in 1997, they said global temperatures were 62.45F!

Now I am quite sure that temperatures have not really dropped by 4 degrees, or else glaciers would by now be advancing over the hill. And I do realise that NOAA and the rest like to talk in anomalies, rather than absolutes.

Nevertheless, if we have got so little idea of what global temperatures are, can we honestly have much confidence in claims of warmest years based on a few hundredths of a degree?

All of this though does raise a much more serious issue. How much of this four degree difference can be explained by ocean temperatures? NOAA did not show the…

13 Responses to NOAA Caught Cooling The Past