No Correction Coming As The NSIDC Big Lie Continues

NSIDC insists that Arctic ice is the lowest on record for winter, despite the fact that both area and extent are higher than several other years. 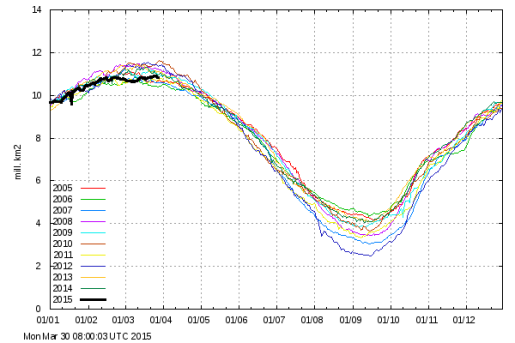 Facts don’t matter to climate alarmists. All they need is one big lie from a government agency, and they will run with the story forever.