Northeast US Having Its Coldest Year On Record

President Obama is trying to convince lawmakers in Washington DC that they are overheating, as they are living through the coldest start to a year on record. 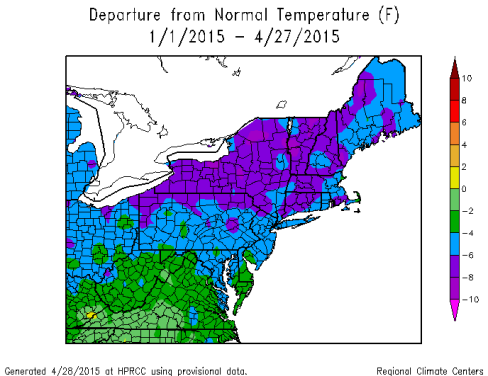 The average temperature anomaly (before government data tampering) is the coldest on record, at nearly six degrees below normal. There is no trend over the past century.

The percentage of nights below 0F (-18C) has obliterated the old record. There is no long term trend.

The ratio of record lows to record highs is the highest on record, with only 1940 coming close

The Union of Concerned Scientists says that winters are becoming warmer and less snowy, because they are incompetent political hacks.

The president and press are working desperately to silence everyone who disputes their flagrant lies about the climate.

14 Responses to Northeast US Having Its Coldest Year On Record