Climate scientists have determined that time began in 1979, and feel very comfortable starting most of their trend lines in that year. When generating global warming propaganda, it is important to cherry pick the coldest year for starting your trend.

It is also important to cherry pick 1979 as the starting point for ice graphs, because it was the highest point in the satellite record – which goes back to the 1960’s 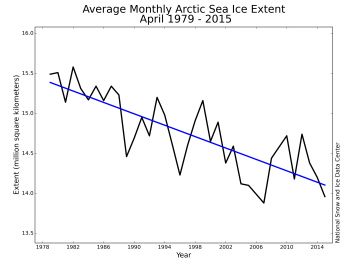