The glacier at Glacier Bay, Alaska retreated at a spectacular rate of six feet per day from 1794 to 1896. 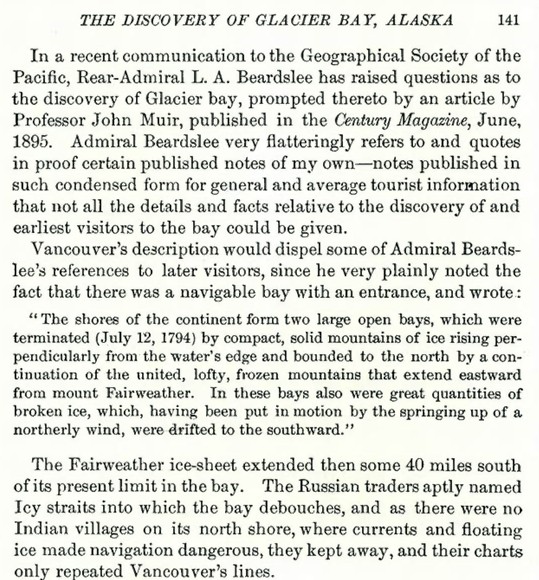 If this happened now, experts would declare it to be 100% proof of man-made warming.