But that didn’t suit the agenda, so they simply changed the data and now show it warming

The animation below shows how they altered Texas winter temperature

The next animation compares NCDC for the entire year vs. the raw HCN thermometer data. They turned a strong cooling trend into a strong warming trend.

This was accomplished through a spectacular two degrees of data tampering 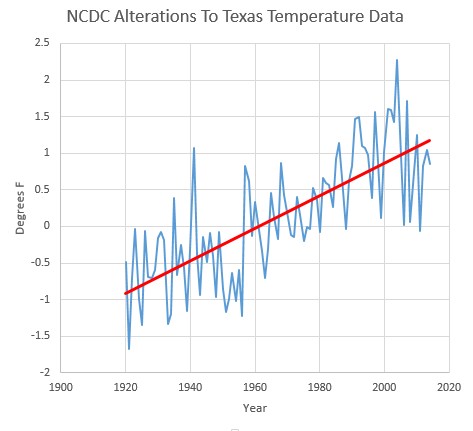 As with most other government climate data, the Texas temperature record has been massively abused to generate global warming propaganda.It shows the exact opposite of what is actually occurring.

11 Responses to Seriously Messing With Texas