The measured USHCN daily temperature data shows a decline in US temperatures since the 1930s.  But before they release it to the public,  they put it thorough a series of adjustments which change it from a cooling trend to a warming trend.

The graph below shows the difference between the published data and the measured data. 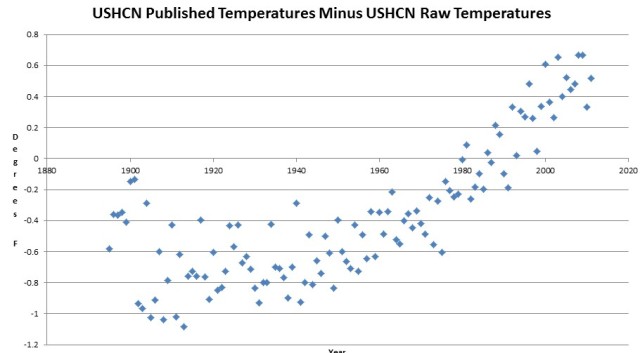 The next blink comparator shows changes in the US temperature record from GISS. It alternates between their 1999 graph and the 2012 version of the same graph. The past is cooled and the present is warmed.

The next graph shows the difference between the 2012 version of the GISS US temperature graph, and 1999 version. 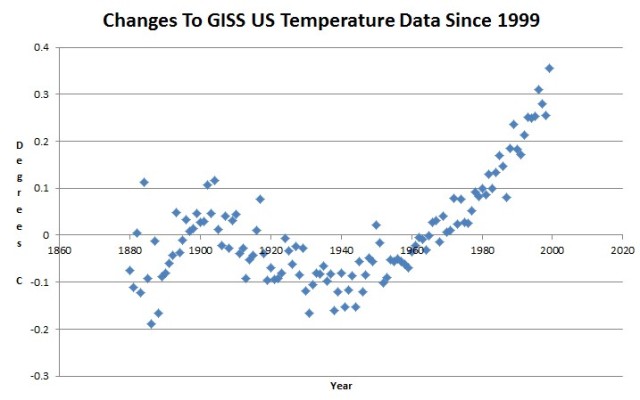 How the US hockey stick was built

Hansen made these remarkable comments in 1999 :

At that time, GISS US temperature data showed an 80+ year decline in US temperatures, with 1934, 1921 and 1931 being the three hottest years 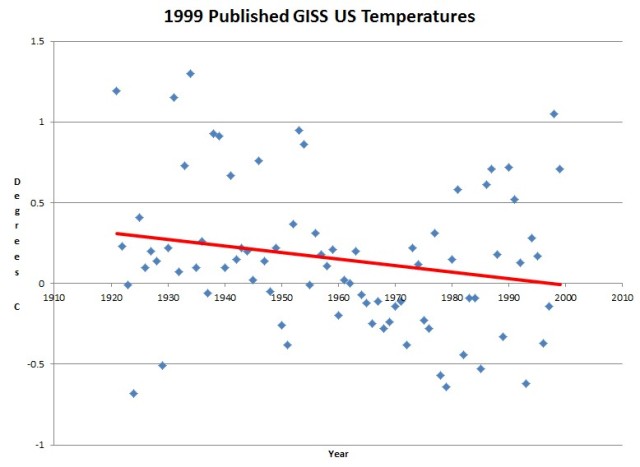 This data has been deleted from the GISS web site, but originally resided at this URL

It has been archived here :

The next blink comparator shows the changes that were made to the US temperature data since 1999. The year 1998 was promoted from #4 to #1.

Hockey sticks are indeed man-made – by climate activists pretending to be scientific heads of government agencies.

159 Responses to Data Tampering At USHCN/GISS