More Stupidity From Time Magazine And The Team

How can NASA physicist and climatologist James E. Hansen, writing in the New York Times today, “say with high confidence” that recent heat waves in Texas and  Russia “were not natural events” but actually “caused by human-induced climate change”?

It wasn’t all that long ago that respected MIT atmospheric scientist Kerry Emanuel flatly refuted the notion that you can pinpoint global warming as the cause of an extreme weather event. “It’s statistical nonsense,” he told PBS.

In 2005, Emanuel reported that hurricane intensity, which is fed by warmth, had increased some 80 percent during the previous 50 years, a period during which temperatures had increased more dramatically than any time in at least 500 years. Nonetheless, he asserted, that didn’t mean Hurricane Katrina, the sixth strongest Atlantic storm on record, had been brought on by climate change.

Is there any way to make these babbling morons shut up? 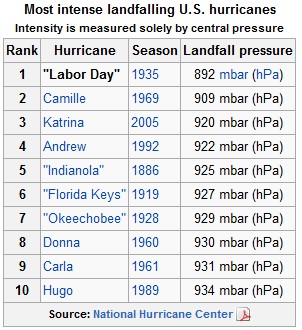 17 Responses to More Stupidity From Time Magazine And The Team