No Warming Since Kyoto Was Rejected Fifteen Years Ago

The US Senate unanimously rejected Kyot0 in 1997, and since then there has been no change in global temperature. 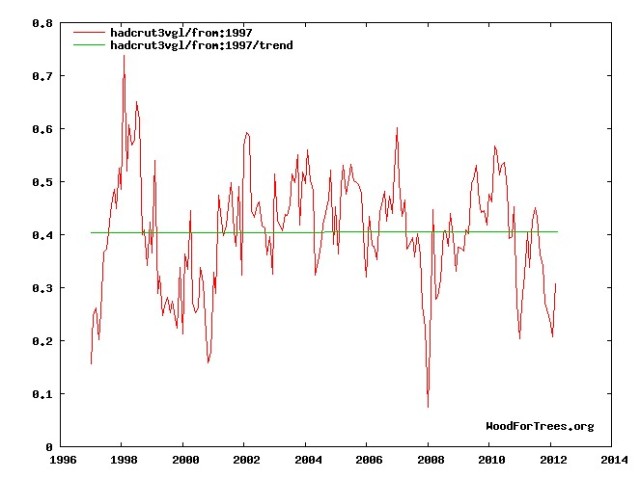 The lesson from this might seem obvious, but the woman below is having a tough time figuring it out.

The German chancellor, Angela Merkel, warned on Monday that global warming will accelerate at a dramatic rate unless leaders reach a deal on limiting greenhouse gas emissions as soon as possible

The current rate of warming is 0.0 degrees per century. Imagine the disaster if that increased by a factor of ten. Our leaders tell us that we need to do much better than Kyoto, in order to slow down global warming even further.